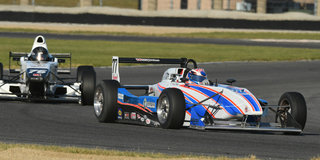 Gary Hickman, in the No. 76 Edge Engineering Inc. Phoenix F1K 12 Suzuki, started on pole with No. 77 Alex Mayer to his side. But as the duo came down to Turn 1 it appeared as if the entire front portion of the FB field had managed to catch the front-row starters.

“I’m pretty confident that neither Alex, nor myself, expected that many cars to pass us coming up to the braking zone in one,” Hickman said about the race’s start. “I stood on my brakes, turned in and there was a hole there and I took it. Somehow, miraculously, I came out ahead of everybody.”

Hickman scooted off at the front with Mayer, in a JDR Racecars JDR JDR Suzuki, giving chase. The No. 00 Hoosier/Stan Photon VD07 Suzuki of Jeremy Hill, and the No. 5 Jake Latham/Hoosier Stohr F1000 Kawasaki of Glenn Cooper filled third and fourth.

After a few laps, Hill had dropped away from the front runners, but had a gap on the rest of the field. Then Mayer took a quick excursion off track, giving a nice buffer to Hickman. But Hickman returned the favor a few laps later with a bobble.

“I came into Turn 13 and I was carrying a lot of speed,” Hickman recalled. “I went for my brakes and I had no brakes. I went to turn left and the car was not turning. Somehow, I gathered it up and kept it on the track. But by the time I got it all gathered up and pointed the right direction, Alex caught me and went flying by.”

“I spent the next seven or eight laps just running Alex down,” Hickman continued. “I got by him once, then he got by me again.”

The competition remained fierce between Mayer and Hickman, with both driving as hard as they could. However, the battle was cut short with only a handful of laps remaining due to an on-track incident. Mayer, of Harleysville, Pennsylvania, had won his first ever Runoffs in six starts.

“It’s awesome to win here,” Mayer said about his win. “I raced here in a Quarter Midget. It’s great to do this on the actual Indianapolis Speedway.”

Hickman earned the runner-up spot, his highest Runoffs finish to date. And Hill held on for the final spot on the podium.

“I got an awesome start,” Hill said. “But I couldn’t hold on to Alex and Gary anyway. And I knew that pretty much from the get go. So, my plan was just to try and hang on to them as long as I could in case something happened and protect the third position for sure.”

The Sunoco Hard Charger award went to David William O’Leary in the No. 31 O’Leary Motorsports Mygale SJ04- GSXR Suzuki for finishing thirteenth, five spots higher than where he started.

While the live broadcast of all 28 National Championships is available at SCCA.com and Motor Trend OnDemand, each race will be on demand in the coming weeks. 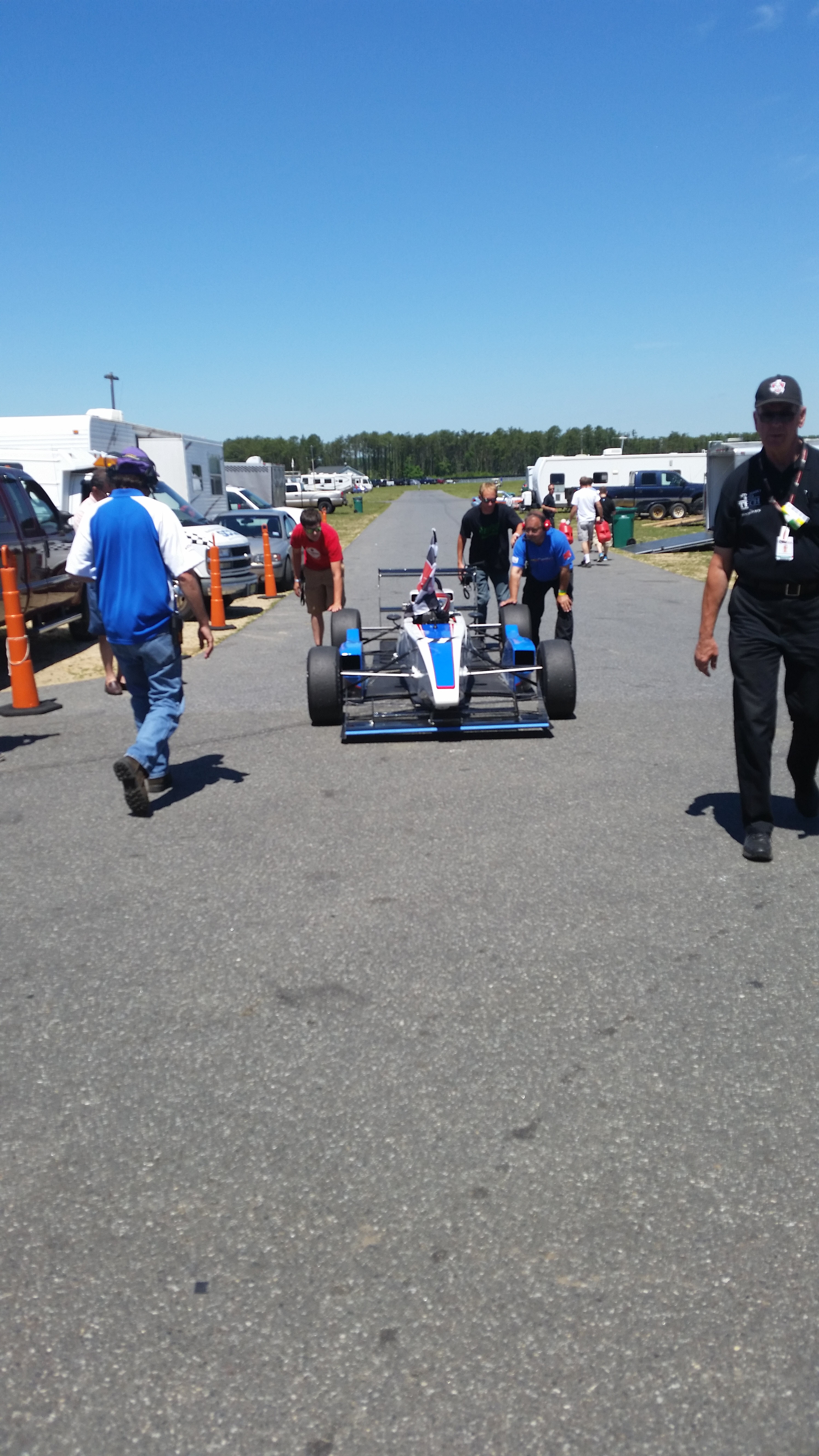 Alex Mayer, of Harleysville PA, secures the F1000 class SCCA National Points Championship by taking two more wins at New Jersey Motorsports Park. It was a hot weekend in New Jersey on the 2.25 mile circuit. The heat was over 100 degrees for the Saturday race. Alex qualified on the front row and maintained the F1000 class lead from the [...]

Alex Mayer, of Harleysville PA, takes three consecutive wins in the F1000 class at the Mid-Ohio Sports Car Course. Alex entered the SCCA Great Lakes Divisional as a practice and test for the upcoming 2016 SCCA Runoffs Presented By Garmin VIRB to be at this same track in late September. The intention was to use this Divisional competition to [...]

Braselton, GA - Alex Mayer from Harleysville PA wins big at the season opener of the Hoosier Tire US Formula 1000 fueled by Sunoco. It's a two race weekend with a European type standing start on Saturday afternoon.Top drivers from throughout the nation begin the traveling Sports Car Club of America Majors points championship series. [...]